Eight scientists who have worked at Cold Spring Harbor Laboratory over its first 125 years have earned the ultimate honor, the Nobel Prize for Physiology or Medicine. Some have been full-time faculty members; others came to the Lab to do summer research or a postdoctoral fellowship. Two, who performed experiments at the Lab as part of the historic Phage Group, later served as Directors. 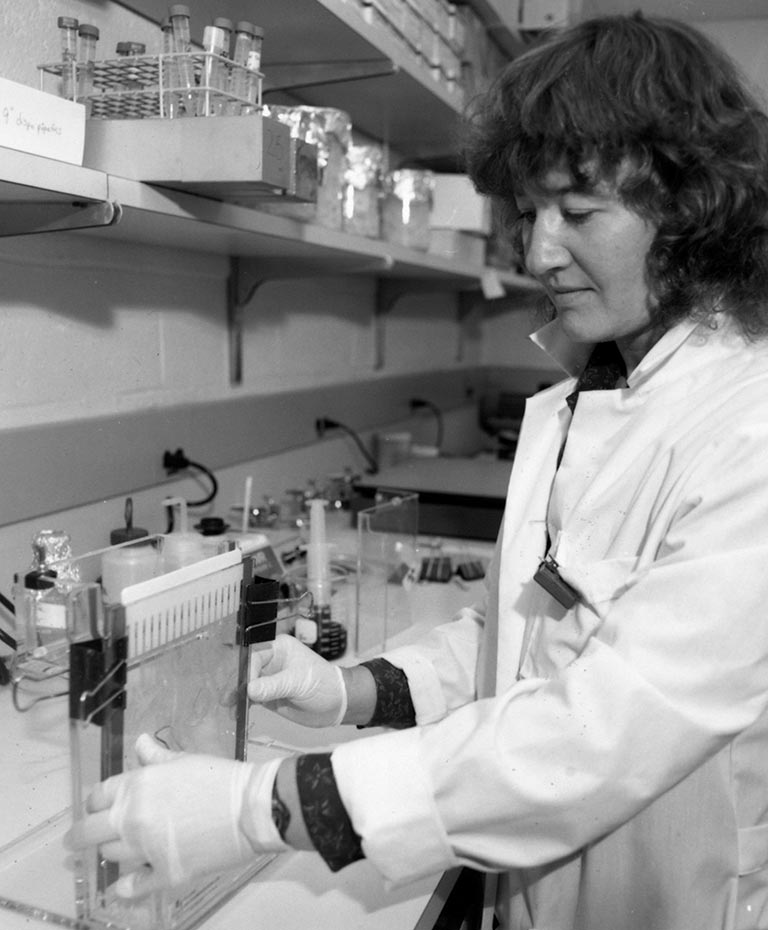 The Nobel Prize in Physiology or Medicine 2009

In 1987, a small audience that included James Watson and Bruce Stillman gathered in James Library to hear Carol Greider give a talk. Soon after she was hired as the first CSHL Fellow. Three years before, Greider and her mentor at UC Berkeley, Elizabeth Blackburn, had discovered an important enzyme called telomerase that had a role in protecting the ends of chromosomes.

At CSHL, Greider continued her work on the enzyme and soon had a major success. “I was excited and told my friends in the building… [but] I was very surprised to hear later at lunch in Blackford Hall that many other people knew of the result. A few hours later Bruce Stillman stopped me… to say he heard I got a great result. News traveled fast at CSH and people really cared about what other people were doing.”

Stillman encouraged Greider to propose a mechanism to explain how the repeated DNA segments that “cap” chromosomes—called telomeres—are made. The paper she produced, “drawn crudely on a Macintosh SE, has stood the test of time,” she has recalled. It’s part of the body of work for which she, Blackburn and Jack Szostak were recognized in the 2009 Nobel Prize. Their work demonstrated how telomerase provides the repeated DNA sequence that caps copied chromosomes, explaining why chromosomes don’t get shorter every time they are copied. This has implications in aging and cancer, and also, potentially, in a host of other human illnesses.

Dr. Bruce Stillman, President of Cold Spring Harbor Laboratory, and a former colleague of Carol Greider explains the importance of telomeres and telomerase. 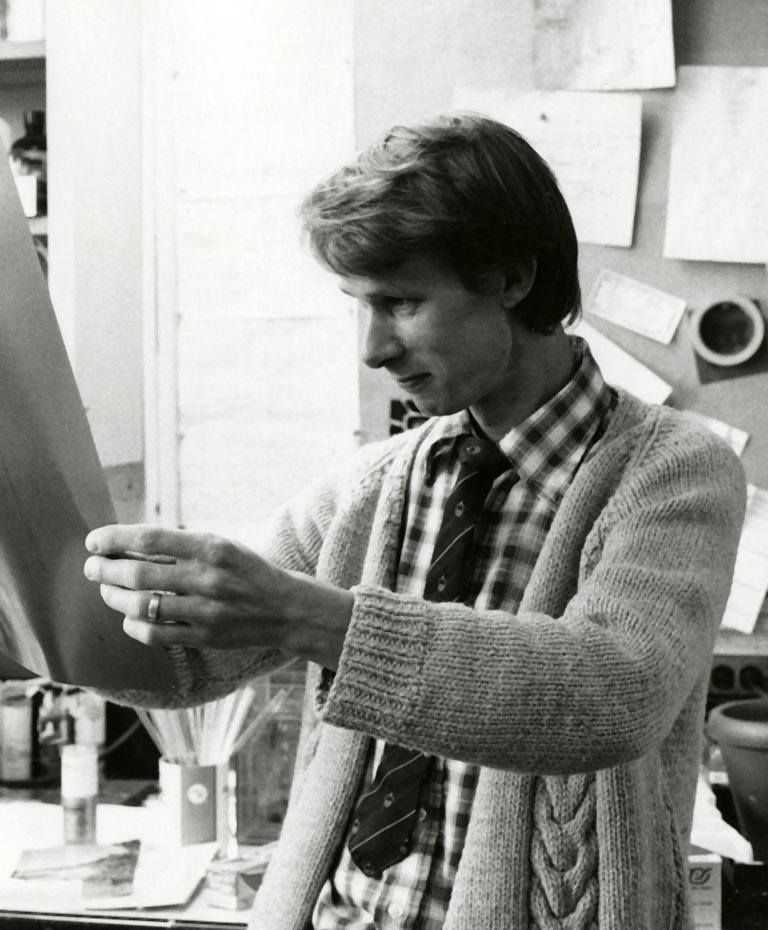 The Nobel Prize in Physiology or Medicine 1993 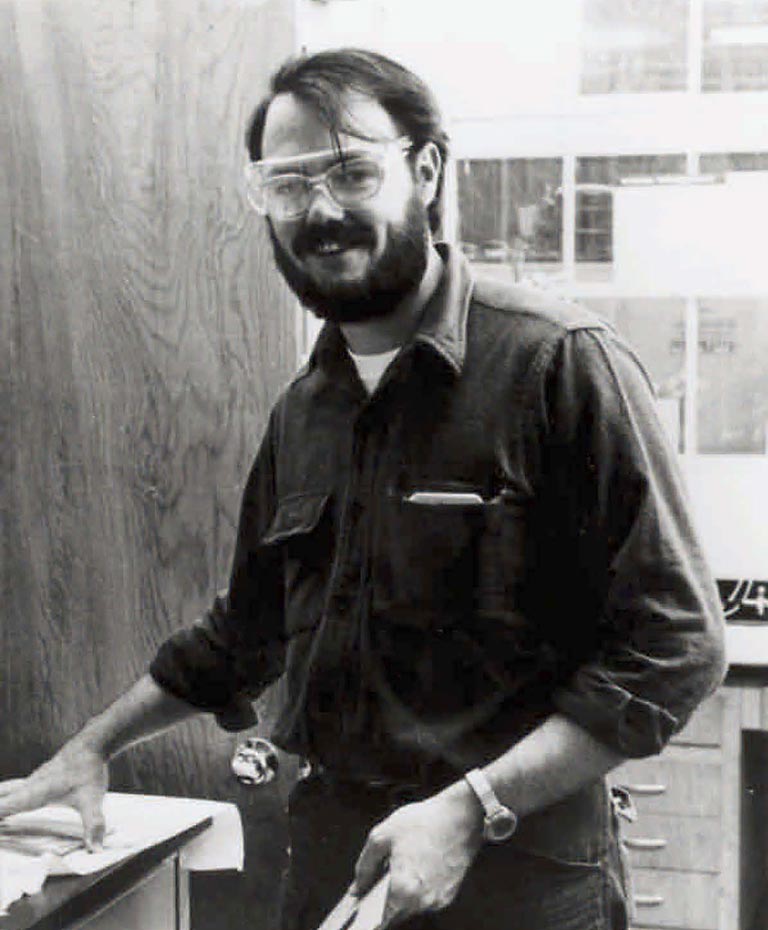 The Nobel Prize in Physiology or Medicine 1993

For Their Discoveries of Split Genes

In 1972, James Watson invited Richard Roberts, a young biochemist, to Cold Spring Harbor for an interview. Roberts found himself a new member of the Laboratory after a chat that lasted all of 10 minutes, and during which he remembers having said little. After setting up his lab, Roberts became interested in a so-called restriction enzyme, Endonuclease R, that could cleave DNA at specific sites. Before long, Roberts and his team had discovered or characterized three-fourths of the world’s first restriction enzymes, which did much to advance both basic research and the nascent biotechnology industry. Next, Roberts turned his attention to the genetic material of a cold virus, Adenovirus-2, which he sought to map.

Here, Roberts’ story intertwines with that of Phillip Sharp, who was also interested in the DNA of this simple virus. After completing postdoctoral research at Cal Tech, Sharp was invited by James Watson to continue his work at CSHL. Sharp hoped to use restriction enzymes to fragment the adenovirus genome into tractable units. He and Roberts were on parallel tracks that led to the same discovery—of “split genes,” in 1977, for which they shared a Nobel Prize in 1993. Independently, these two scientists upended the long-held view that individual genes were continuous segments of DNA.

Roberts at CSHL, and Sharp, at the time of his discovery at MIT, demonstrated that single genes along the adenovirus DNA molecule were discontinuous, separated by DNA segments that were not involved in encoding protein. This discovery led to the prediction that genes are edited after they are transcribed from DNA. It also led to the insight that errors in the editing process can give rise to faulty proteins, which in turn can cause serious diseases.

Hear Phil Sharp speak about interpreting the electron micrographs that led to the discovery of the split gene. 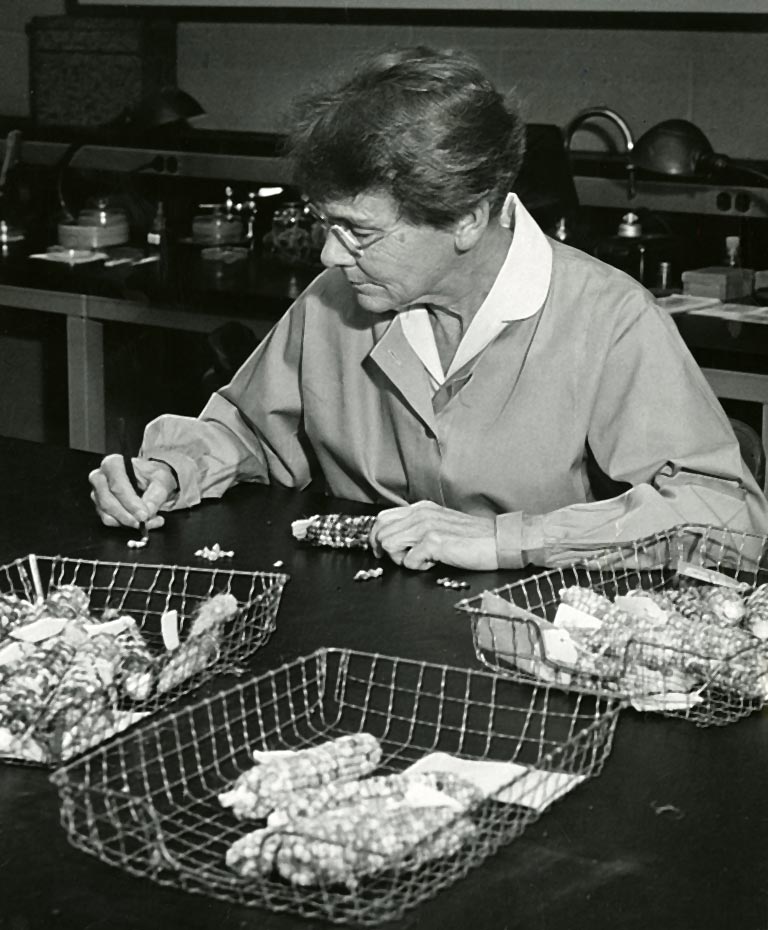 The Nobel Prize in Physiology or Medicine 1983

For Her Discovery of Mobile Genetic Elements

Today we know that “jumping genes”—transposable elements (TEs)—are littered everywhere, like so much wreckage, in the chromosomes of every organism. These bits of DNA, which occupy more than half the human genome, have the potential to jump around, wreaking havoc on our genetic information. Despite their importance, most scientists were highly skeptical of their existence—even after Barbara McClintock first found them in the maize genome during the 1940s. It wasn’t until TEs were seen in bacteria in the 1960s and in other living things that the community became convinced.

In 1983 McClintock, one of modern science’s great loners, received the Nobel Prize she so richly deserved. The world finally had caught up with her insights, recognition she appreciated but had never craved. McClintock was an active member of the CSHL community for the rest of her life. 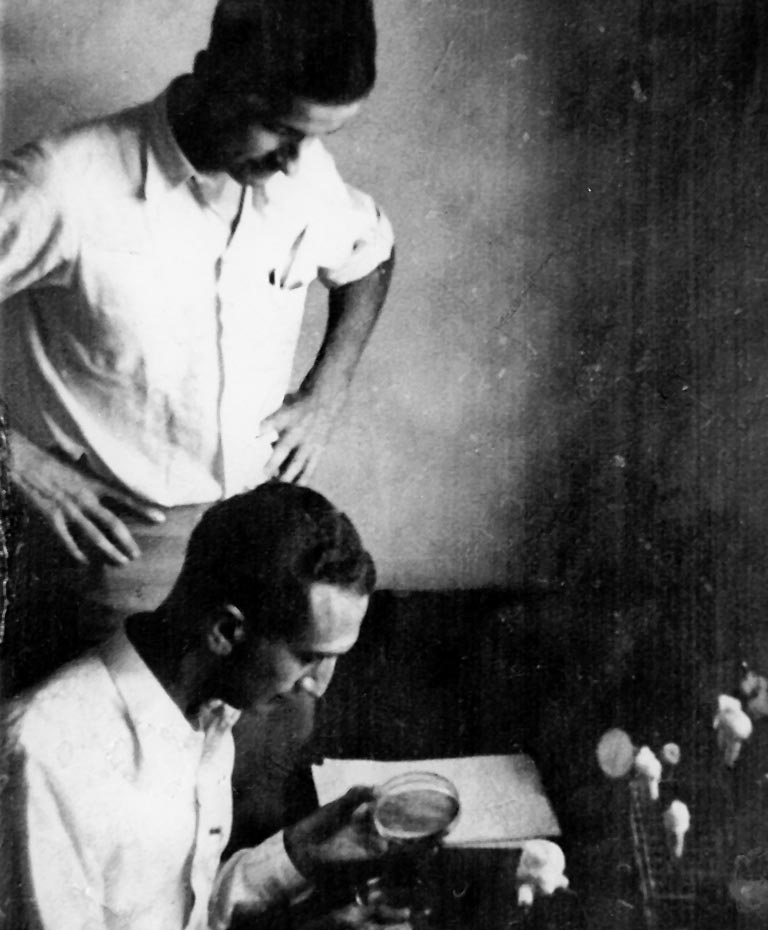 The Nobel Prize in Physiology or Medicine 1969

Beginning in 1941, two scientists, both refugees of European fascism, began spending their summers doing research at Cold Spring Harbor. In this idyllic setting, the pair—who had full-time appointments elsewhere—explored the deep mystery of genetics by exploiting the simplicity of tiny viruses called bacteriophages, or phages, which infect bacteria.

Max Delbrück and Salvador Luria, original protagonists in what came to be called the Phage Group, were at the center of a movement whose members made seminal discoveries that launched the revolutionary field of molecular genetics. Their distinctive math- and physics-oriented approach to biology, partly a reflection of Delbrück’s physics training, was propagated far and wide via the famous Phage Course that Delbrück first taught in 1945.

The famous Luria-Delbrück experiment of 1943 showed that genetic mutations occur randomly in bacteria, not necessarily in response to selection. The pair also showed that resistance was a heritable trait in the tiny organisms. Delbrück and Luria, along with Alfred Hershey, were awarded a Nobel Prize in 1969 “for their discoveries concerning the replication mechanism and the genetic structure of viruses.” 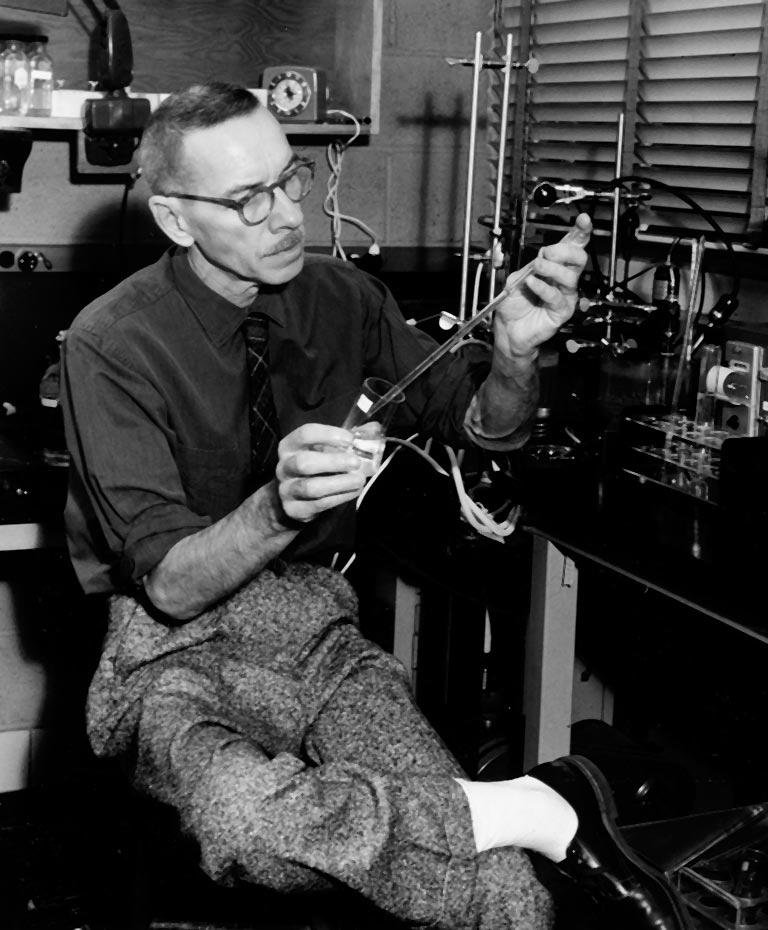 The Nobel Prize in Physiology or Medicine 1969

Alfred Hershey first came to Cold Spring Harbor to participate in Phage Group experiments in 1943, and set down permanent roots in 1950, rising to the position of Director of the Genetics Research Unit in 1962. Hershey’s early experiments were historic. Working with Martha Chase, he began a study of the components of phage particles and their contributions to the process by which phage propagate.

The famous Hershey-Chase experiment—also known as “the Waring blender experiment”—used that humble kitchen appliance to shear phage proteins from the surface of infected bacterial cells. Phage DNA remained associated with the bacteria—it had been ‘injected’ by the virus into the interior of the cells, where it programmed the development of phage progeny. DNA, not protein, was the stuff of heredity.

Hershey, the taciturn but thoughtful “scientist’s scientist,” was remembered by colleagues to make an outsized impression on those relatively infrequent occasions when he chose to speak, his words working like “a searchlight being trained on a dark landscape.” Hershey shared the 1969 Nobel Prize with Phage Group co-founders Delbrück and Luria for their combined contributions to viral genetics. 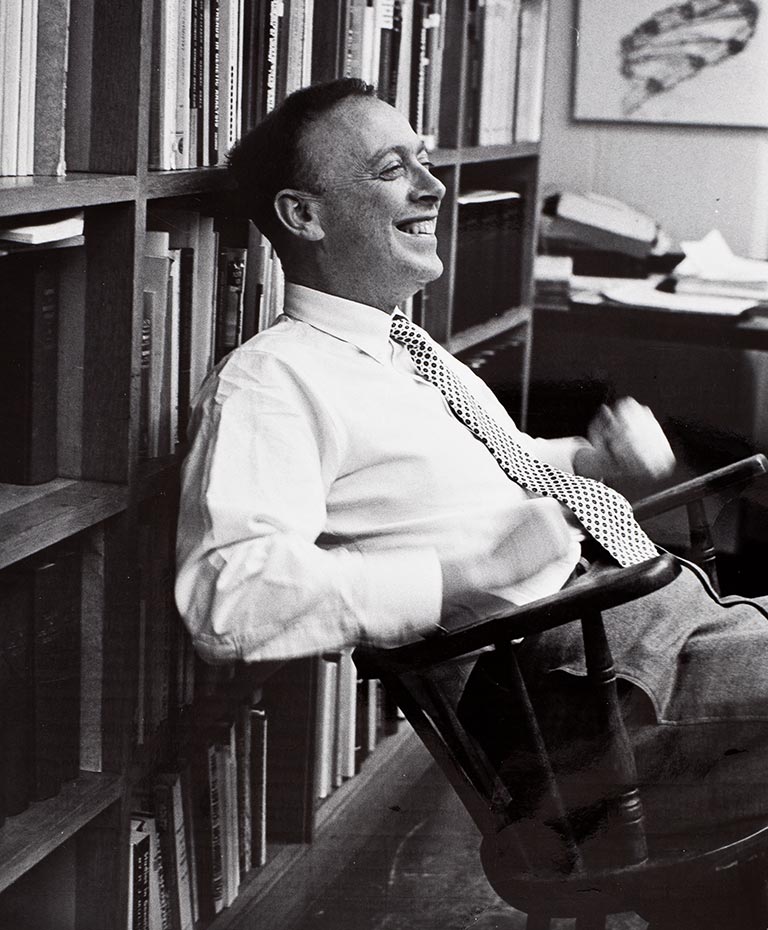 The Nobel Prize in Physiology or Medicine 1962

It was love at first sight for 20-year-old James Watson, a Chicagoan making his first trip to Cold Spring Harbor Laboratory in 1948. He had come on the advice of his mentor at Indiana University, Salvador Luria. The latter had discovered the summer charms of the North Shore at the start of the decade, and now he wanted Watson to take part in the Phage Group that he had co-founded.

The ensuing history has been oft told, but one part bears repeating: Watson, at the ripe age of 25, returned to the campus for the 1953 Cold Spring Harbor Symposium. At Delbrück’s insistence, he made the final presentation, reporting a discovery that he and Francis Crick had made in Cambridge, England, only three months before. It was the public’s first look at a shape that would become an icon of global culture, the gorgeous paired helices that carry our hereditary information.

As Francis Crick boasted on the day of discovery in 1953, “We have found the secret of life!” It was a fact commemorated by the Nobel Prize awarded to Watson and Crick in 1962. Watson’s “second act” commenced in 1968, when, following publication of The Double Helix, he became Director at CSHL and set about transforming the fortunes of an institutional gem then suffering from a lack of funding.

Hear James Watson speak about his involvement in genomics.